What Is the "Seat Belt Defense?" 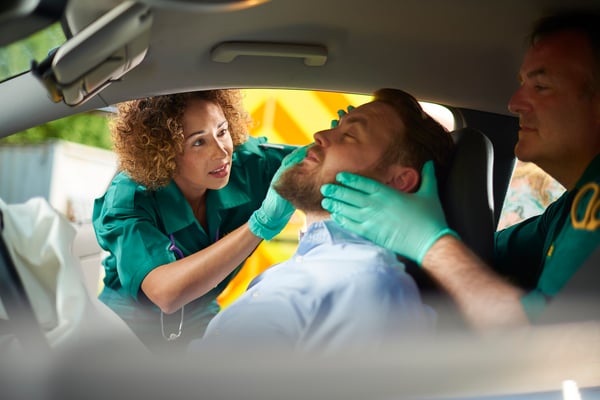 The Legal Theory Behind the Law

The defense is based on what is called torts law. Torts are injuries caused by accident or negligence, rather than intentional criminal behavior. If someone were to ram another car with the premeditated intention of injuring or killing the other driver and passengers, then the seat belt defense would not apply. The injuries must result from another person, or legal entity's, negligence or wrongdoing. The guilty party may have not seen the light turn red and kept driving through the intersection. This would be an example of negligence. If the driver was texting while driving and hits another vehicle, that would be an example of wrongdoing.

The Issue of Comparative Negligence

New York and New Jersey law requires "both sides of the issue" to be examined. It may be obvious that one driver did not see the red light, so is at fault, but if the injured driver had been traveling at more than the speed limit, for example, then that driver may also be partly responsible. The argument would be that if they had been within the speed limit, they would not have arrived at the intersection at the same time, so the accident would never have happened. The result is that under New York law if the injured party shares some blame, then their claim for damages will be reduced. Not wearing a seatbelt carries the risk of being found at fault and partially to blame for all of the injuries suffered.

The law permits a driver who is injured in a car wreck to claim compensation and it permits anyone being sued to defend themselves against unfair claims. The law also requires drivers to take all necessary precautions to avoid an accident and to minimize potential injury regardless of the cause. Drivers, therefore, should:

And if injured, seek immediate medical advice because not seeking a doctor's advice or care could result in a worsening of the injury.

Laws are complex and nuanced, it always pays anyone involved in a road accident to seek legal advice so the strongest case possible can be brought to court. To this end we will be happy to discuss your case and decide how best to move forward. Please contact us by clicking this link.