For almost 52 years, the attorneys of Smiley & Smiley, LLP, have provided personal injury and wrongful death legal services to the residents of New York City's five boroughs and to surrounding communities.

Legend in the Field of NYC Personal Injury Law

Our Founder with 52 years at the top of his profession 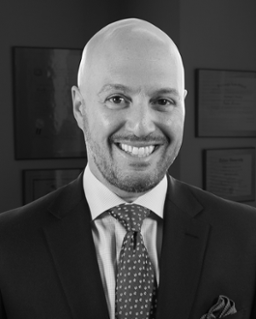 President of The New York State Academy of Trial Lawyers 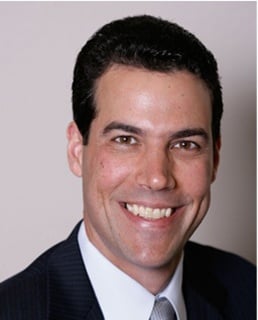 Head of the Medical Malpractice Department

Tireless Advocate and Relentless Pursuer of Fairness and Justice 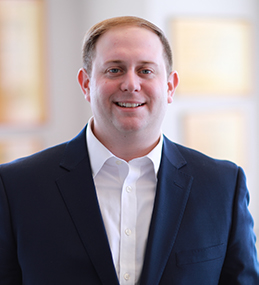 Let Our Family Take Care of Your Family

At Smiley & Smiley, LLP, we have decades of experience helping thousands of families in New York City secure a full financial recovery. Whether you tragically lost a loved one in a fatal accident or suffered injuries in a car accident, let us bring you the answers that you deserve.

Attorney Guy Smiley had a vision in 1968. He wanted to deliver compassionate and experienced legal counsel to help families get back on their feet after enduring a personal injury accident. Mr. Smiley's client-driven approach helped him gain credibility from local New York City attorneys. His personal injury practice quickly took off from attorney referrals.

More than 48 years later, attorney Guy Smiley remains committed to representing injured clients and families of deceased accident victims. His vision has not changed, but his practice has expanded. Guy Smiley's son, Andrew Smiley, joined the midtown Manhattan law firm in 1996 and became a partner in 2000.

Andrew Smiley's best friend and law school classmate, attorney Jason Friedman, is like a son to Guy Smiley. He offers more than 16 years of legal experience as one of our law firm's partners. At Smiley & Smiley, LLP, we know nothing is more important than family.

SEE WHAT OUR CLIENTS SAY ABOUT US

I was deeply suspicious of personal injury law and personal-injury lawyers when my husband wanted to pursue a case regarding the failure to diagnose his cancer. Luckily, we ended up in the hands of Smiley & Smiley. They zealously pursued our case, guiding us through the process in a way that that minimized the burden and stress of a legal action when we were already shouldering difficult medical and emotional issues, and leading to an outcome more successful that I had hoped. Andrew, Jason, and the rest of the team treated us with exceptional sensitivity and compassion, and even after the case was resolved they went to beyond their obligations to help address related, lingering legal and financial matters. I am deeply appreciative of their advocacy and their friendship, and would strongly recommend them to anyone in the unfortunate situation of needing this type of legal help.

Smiley and Smiley have provided me and my family with outstanding and caring legal counsel when we needed it. Both myself and my husband suffered serious injuries on separate occasions due to negligence by property owners. Smiley and Smiley helped us navigate through the legal and bureaucratic systems and provided thoughtful counsel throughout. They handle themselves and their clients with great professionalism and care. Cannot say enough about them and the results they get.

Andrew Smiley and the entire team at Smiley & Smiley were outstanding in helping me through my child's accident. What could have been an absolute nightmare was handled swiftly, fairly and with dignity. Thank you all!

I am a professional singing actor who sustained a broken tibia/fibula in a car accident. After finding a first class surgeon, my next step was finding a first class law firm to deal with the insurance companies -Smiley & Smiley! Andrew and his staff treated me with respect and compassion throughout my surgery and seven month recovery and his legal acumen secured a settlement that enabled me to take the rehabilitation time I needed to return to the stage.

I have nothing But positive feedback to give regarding my experience with SMILEY & SMILEY, LLP... and would like to share it with any and All.  I was wounded by an Employee of an Institution that had hired me to renovate a large space to accommodate performances in it's future. The job included the removal and placement of some very large and heavy Items. Before work began, It was clear that I was in charge, would have my own Crew and that my voice would be the voice that was listened to while moving these Heavy Items. I was told that the Employee (mentioned above)...would be present as an Observer...for "Insurance Purposes." In Short...I was Not listened to. An aggressive act by this Employee resulted in the crushed amputation of the end of my right middle finger. The Employer...was a very large Institution of whom I had historically worked for and had supported. Almost immediately... I was being asked to sign releases...which I did Not sign.I was given assurance that my Medical Expenses would be paid for,..However, the Bills kept arriving.Saddened and Hurt...I continued to get No response from this Institution or their Insurance Representative.
My Brother told me to contact the offices of SMILEY & SMILEY, LLP...and I DID. I found Agency and Certain Advocacy in Smiley Law, as they quickly got to work for Me. I would call and always be well received. I felt less Alone, Wounded and Trusted I was being considered an Individual...not just another case file. My case was Settled. Andrew Smiley was my Attorney. Andrew helped ME make the best decision. He was Candid, Informed and Honest. He had my Trust and Confidence...Completely. I am happy to be on the other side of My unfortunate experience. I am Totally satisfied with the work that Andrew and Smiley Law did on my behalf. I now continue to consider Andrew a friend.  I would never hesitate to refer Smiley & Smiley...to Anyone.

I would Like to praise your professionalism and hard work in securing such an amazing settlement for my sister, which will go a long way to providing security and support for her in the future. I have never been involved in a lawsuit before and you made every step easy and understandable. I will not hesitate to recommend your firm to my family, friends and colleagues. Once again thank you for your sincere concern about us and your amazing hard work.

GET A FREE CONSULTATION