What is Sarcoidosis? The Rare But Incurable Disease

The worst tragedy that this nation has faced in modern times and the disease known as Sarcoidosis are connected. This is because Sarcoidosis is an inflammatory disease that most commonly impacts the lungs, and because dust from the collapse of the World Trade Centers contained the ingredients that left some first responders with this disease. 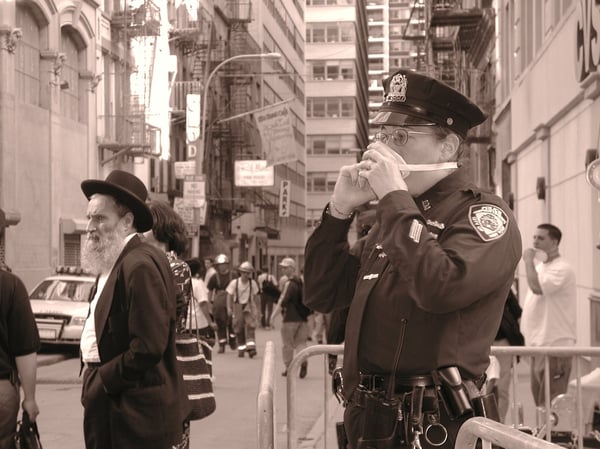 Those responders may well have a legal case to make. Read on to see why and how you also may have a case to bring if you also suffer from Sarcoidosis.

The Inflammatory Disease With No Known Cure

British research shows that Sarcoidosis is an incredibly rare disease with an estimated occurrence of only 7 in 100,000 people developing the disease in a given year. That is of little comfort to those who are impacted though as they have to deal with this ailment for the rest of their lives.

As of this moment, there is no permanent cure for Sarcoidosis. There are treatments which may reduce symptoms, but we lack the ability to provide complete relief right now.

The exact symptoms that a given patient may exhibit will vary from patient to patient of course. A few of the most common symptoms are as follows:

Each of these may be mistaken for more common illnesses, but a doctor is the only one who can diagnose exactly what is going on. He or she may find that in fact, Sarcoidosis is the answer.

What Is At The Root Of This Illness?

Everyone wants to know what causes Sarcoidosis and what they can do to avoid it. It is not fair to say that doctors are at a complete loss when it comes to answers on this, but they have struggled to pinpoint an exact root cause. The Mayo Clinic explained a little bit about what we do know about it here:

Doctors don't know the exact cause of sarcoidosis. Some people appear to have a genetic predisposition to develop the disease, which may be triggered by bacteria, viruses, dust or chemicals.

This triggers an overreaction of your immune system and immune cells begin to collect in a pattern of inflammation called granulomas. As granulomas build up in an organ, the function of that organ can be affected.

They continued by mentioning that environmental factors such as frequent exposure to lung irritants could contribute to this illness developing in a person as well.

The battle against Sarcoidosis is a tough enough fight all by itself. Sufferers do not need to also concern themselves with how they will pay the medical bills. If exposure to irritants caused Sarcoidosis to develop in a person in the first place they may have legal recourse to sue those who put them in a dangerous situation. If this describes your situation, please contact us and speak with one of our representatives about how we may be able to assist you. We feel that our results speak for themselves, and you can see some of those success stories here to gain more confidence that you are hiring the best in the business.