How Drive-Through Fast Food Can Lead To A Driving Disaster

You're headed upstate to visit your parents. It took you longer than expected to get out of the city, and now it's dinner time. You pull over at a drive-through restaurant and order yourself a taco. Moments later, you're back on the freeway. Only now, you're holding a disintegrating tortilla in the air as you try to prevent cheese and salsa from falling on your lap. While you're attempting to juggle driving with the balancing act that is your meal, you drift into the lane beside you crashing into the adjacent vehicle. 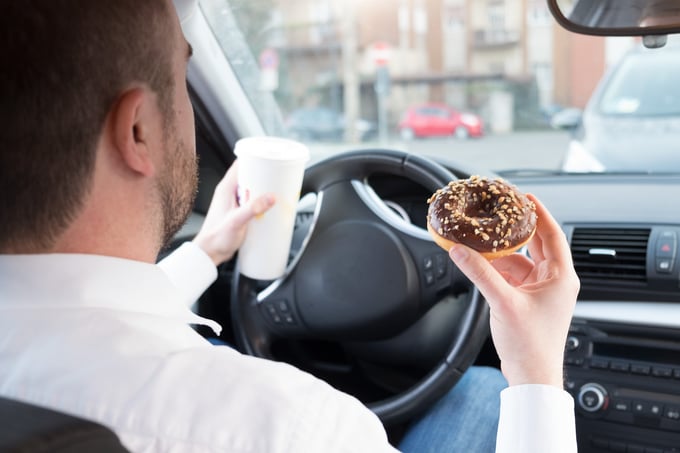 The accident described above is not unusual. In fact, it is one of the most common forms of distracted driving. We have dedicated previous posts to describing the initiatives New York has taken against distracted driving. In general, such bans typically limit the use of electronic devices while driving. However, eating while driving also represents a serious threat to driver safety and it's something that nearly all of us engage in without even thinking about it.

Even if there is no law specifically prohibiting eating while driving, if your taco or any form of distraction causes you to get into an accident, you could be held responsible. To bolster your safety and limit your potential for liability on the road, it's important to dedicate your full attention, both hands and both eyes to the task of driving.