Vehicles are becoming more and more complex. Automated features are increasingly being added to cars, pushing us closer to the era of wholly autonomous vehicles. But what do these advances mean for liability in the event of a crash? 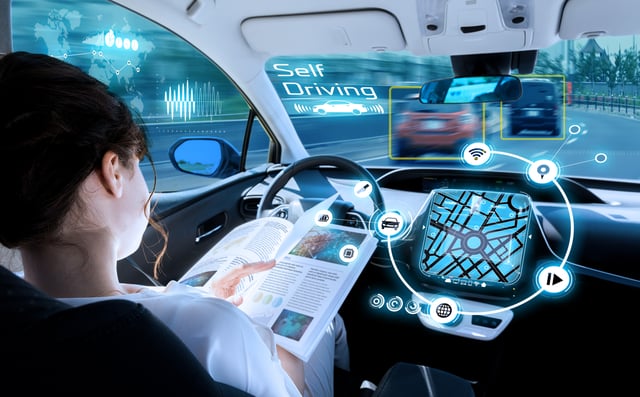 The National Highway Traffic Safety Administration defines six levels of driving automation. Level 0 is a car in which the driver is in complete control. Levels 1 and 2 offer some degree of automation, such as automatic steering, braking or accelerating while the driver remains alert and performs all other driving tasks. At levels 3-5, the car takes over all driving tasks, and the driver's attention becomes increasingly less necessary.

On the road today, the most automated vehicle available is a level 2. For levels 0-2, the driver is considered in control of the vehicle and therefore can be held responsible in the event of a crash. However, as we progress toward vehicles at level 3 and above, the car could have the liability instead of the driver.

If a level 3 or higher vehicle that has dual mode--the ability to drive autonomously or be operated by the driver--were involved in a crash, the mode that was engaged at the time of the accident would be used to determine liability.

With human-operated vehicles, sometimes a faulty part leads to an accident. If, while approaching a red light, you press on the brakes and they fail to engage, you might be forced into an intersection and side-swiped by another vehicle. In such a case, the supplier of the faulty brakes could be to blame.

However, there is added complexity in determining liability if an autonomous vehicle fails to perform properly. With autonomous vehicles, the stakeholder is no longer an auto part supplier, but rather a group of distinct software suppliers with collaborative and communicative technologies. If a self-driving car hits a pedestrian, for instance, it may be difficult to pinpoint whether it was the automatic emergency brakes, sensors or navigation which failed and resulted in the crash.

Autonomous vehicle technology is evolving rapidly. It will be critical for rules and standards for assigning liability to develop at an equal pace.