When you drive around New York City, you see them all over: drivers talking on their phones. While some of them might not be aware of the mountains of evidence that proves that distracted driving causes car crashes, it seems likely that most have heard of the data and chosen to ignore it. 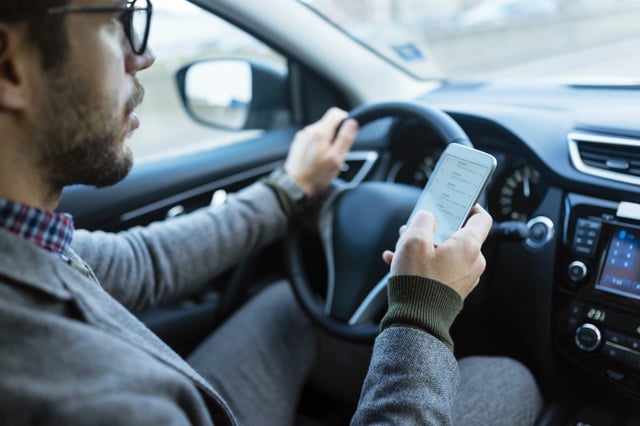 The American Automobile Association just released a new study that underlines and puts an exclamation mark on previous research of distracted driving. The biggest takeaway from the study: if you use a cellphone to talk, text or surf the web while you're behind the wheel, you are two to eight times more likely to be in a crash than people driving free of electronic distractions.

Sometimes some drivers try to convince themselves that they are relatively safe and focused if they only use their phone for conversation. If they don't text or surf, the thinking goes, they have their eyes on the streets and traffic and should be OK.

The AAA Foundation for Traffic Safety study says the exact opposite. Drivers who simply talk on their phones while behind the wheel are up to four times as likely to be in a motor vehicle accident, whether they use a hands-free device or hold the phone in their hands.

Interestingly, the study shows some of our conflicted feelings about distracted driving. More than two-thirds of surveyed drivers say it's wrong to talk on a handheld phone while driving, nearly a third of them admit that they do it fairly often or regularly.

If you or a loved one has been injured in a car wreck caused by a distracted driver, you can fight for justice and compensation for all damages with the help of an experienced personal injury attorney. Contact Smiley & Smiley, LLP, for more information.